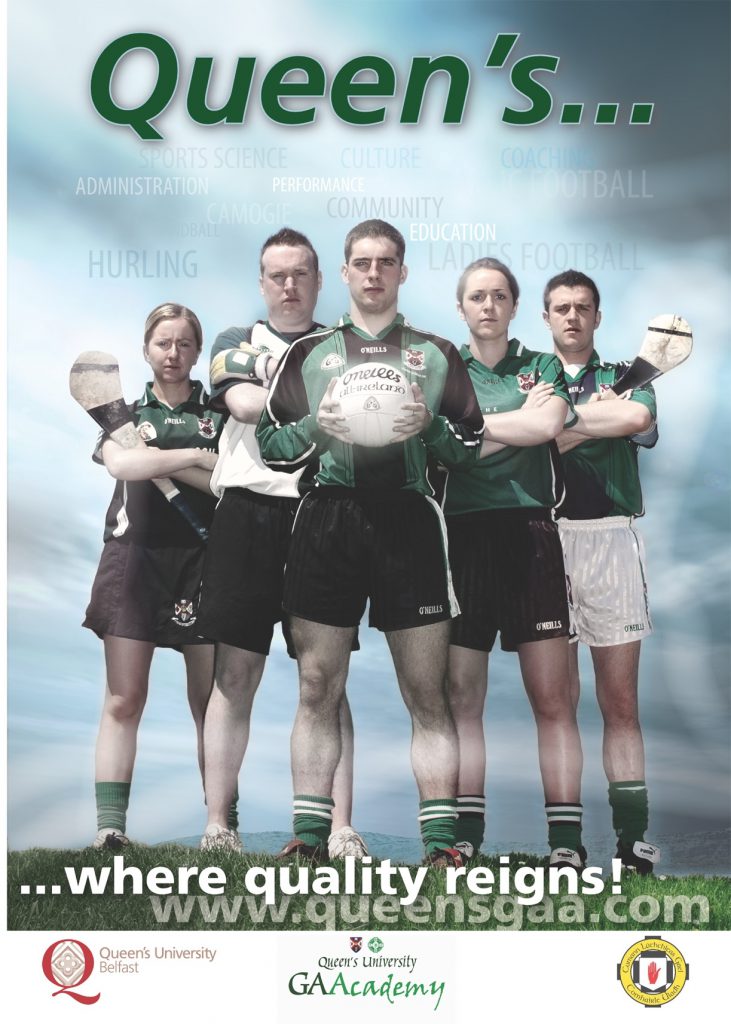 The Sean O’Neill GAA Academy was established in 2004 and has continued to promote and develop Gaelic Games through recreational, performance and community led projects. Many county players across all codes of Gaelic Games have passed through the Academy and benefitted from our programs

The Gaelic Football team has been one of the most successful university teams over the last 15 years winning the Sigerson twice, Ryan Cup twice, two All Ireland Fresher titles and more recently reaching the final of the McKenna Cup in 2009. The club is noted for nurturing talent and has always put player’s welfare first in terms of academic study and other playing commitments. The scholarships are named after GAA team of the millennium player, former Queen’s player & manager and current club Vice President Sean O’Neill.

The GAA scholarship schemes for Gaelic Football and Hurling, supported by past member donations are named after two patrons, Sean O’Neill and Henry Downey best known as two of the top sporting personalities in Ireland. To watch a video on the GAA Academy please click below