The hurling club at Queen’s began the year with strong ambitions in the Ryan Cup and intending to build on the hard work undertaken over the previous few years. With Loughgiel club man Aaron Carey at the helm of the club – and the full back line – solid work on recruitment and player retention was done well before the season got underway. The hurlers launched a hugely popular leisurewear drive during Freshers week, designing a custom training top with O’Neill’s and offering it for general sale around the campus, as well as spearheading the annual ‘Club Colours’ night at the Botanic Inn, as well as securing a major sponsorship deal with coach company J&K. 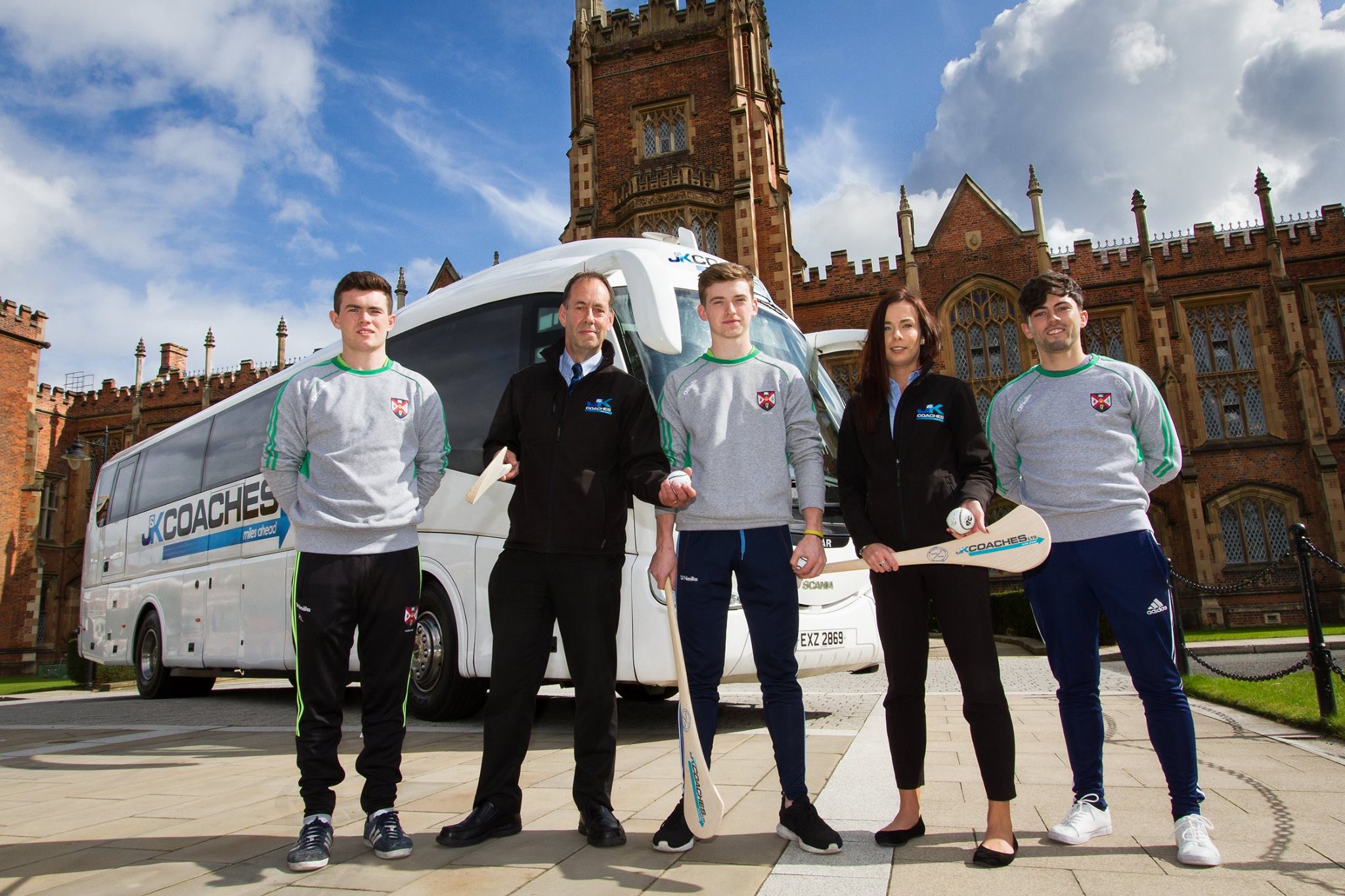 The season itself began with a defeat against Fitzgibbon bound Trinity College in Santry before a crucial contest against UUJ at the Dub. Despite Queen’s getting ahead early on and looking likely to emerge with the points with only a few minutes on the clock, the Poly rallied late and ran out 5 point winners, ending our hopes in the league. A morale boosting win over St Mary’s in round 3 gave Queen’s renewed hope for the championship, as did a series of victory of senior club sides and inter-county squads.

The annual hurling/shinty colleges international was a welcome distraction from the hard work towards the end of April as the club hosted the visiting Scottish universities’ team. A splendid day was had by all as both our hurlers and camogs locked horns with their counterparts at Upper Malone. This is a tradition that the club will be keen to continue in future years.

The McGurk Cup, hosted again by Queen’s, this time under the official auspices of the Ulster Council, saw Queen’s drawn against Donegal and Down in the group stages, with Antrim, Tyrone and UUJ in the other half. The opening day saw Tyrone account for the Poly in an entertaining affair before a physically superior Donegal held off a QUB second-half rally. However, Queen’s recovered well a week later to produce their performance of the year in dispatching a quality Down side in horrendous conditions at the Dub. However, it was the Donegal defeat that ultimately spelled the end for Queen’s when Down hammered to the Tir Chonaill men in the final round to reach the final against Antrim.

The stage was set for a tough Ryan Cup campaign against GMIT, Maynooth, and Sligo IT. A comfortable opening home win against the Yeats men was encouraging for Queen’s as star forward Nicky McNaughton bagged a hat-trick on the Dub Arena. 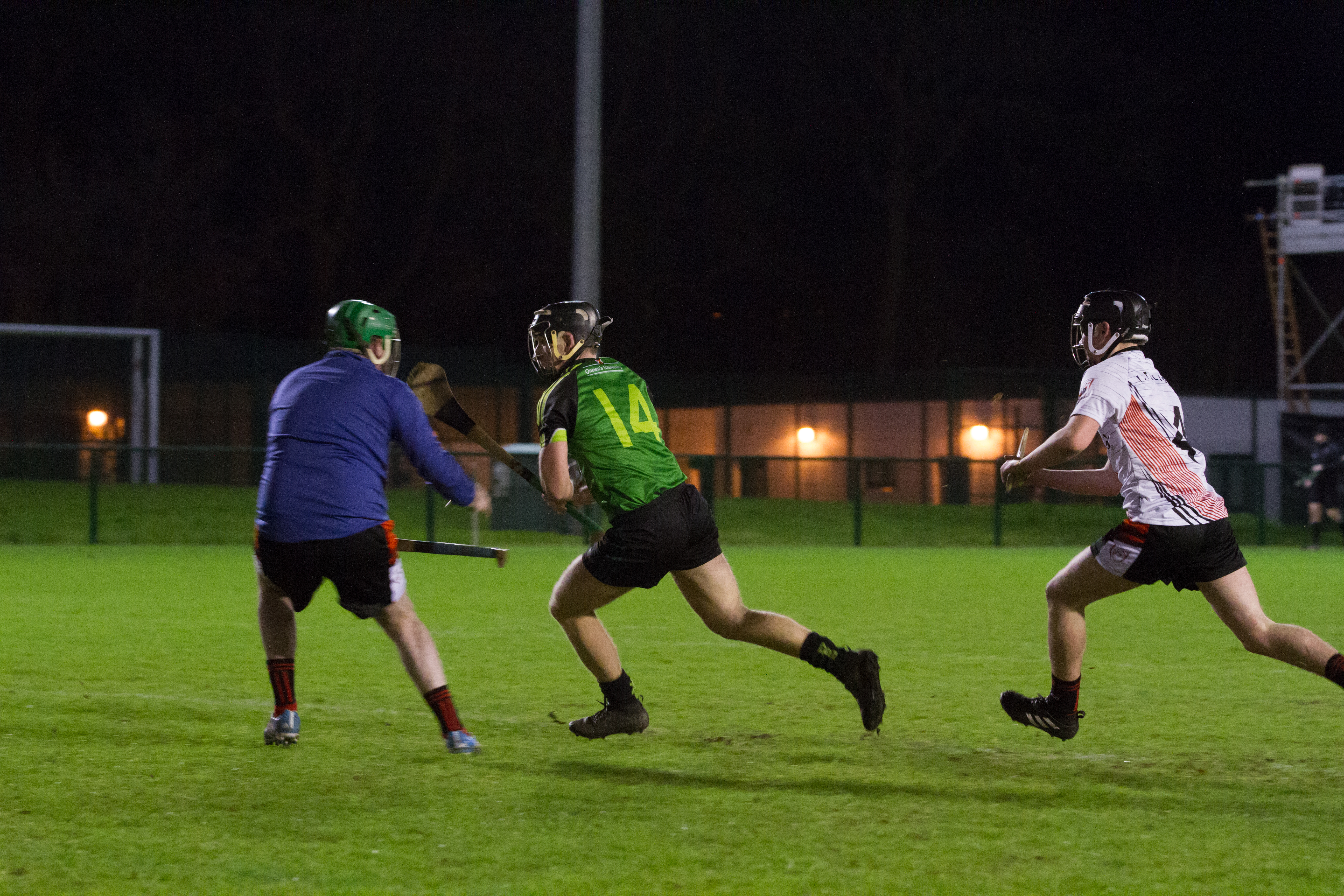 Queen’s travelled to GMIT with qualification in their own hands, but without McNaughton and captain Ciaran McLister who were tied-up with Medical Finals, they succumbed to a nine-point defeat, and facing a must-win game at Maynooth. However, it was not to be as Queen’s fell to a ten point defeat and went out of the competition at the group stage.

The intermediate hurlers fared better on the field and reflected the hard-work undertaken by the committee and management in retaining a large squad over the year. Training sessions had in excess of 50 players upon occasion and this fed into a flawless intermediate league in which Queen’s accounting for LYIT, Magee, and Coleraine with plenty to spare in each contest. However, the league semi-final brought with it much stiffer opposition in UCD, and despite a home draw the eventual champions saw off Queen’s on a scoreline of 1-8 to 2-18.

The Junior Championship brought with it a tough test in the visit of Trinity, but a dogged display saw Queen’s progress by three points and reach the quarter final. Once again the draw was kind to Queen’s as DCU had to travel to the Dub, but in a heartbreaking finish the home side was beaten by just two points. 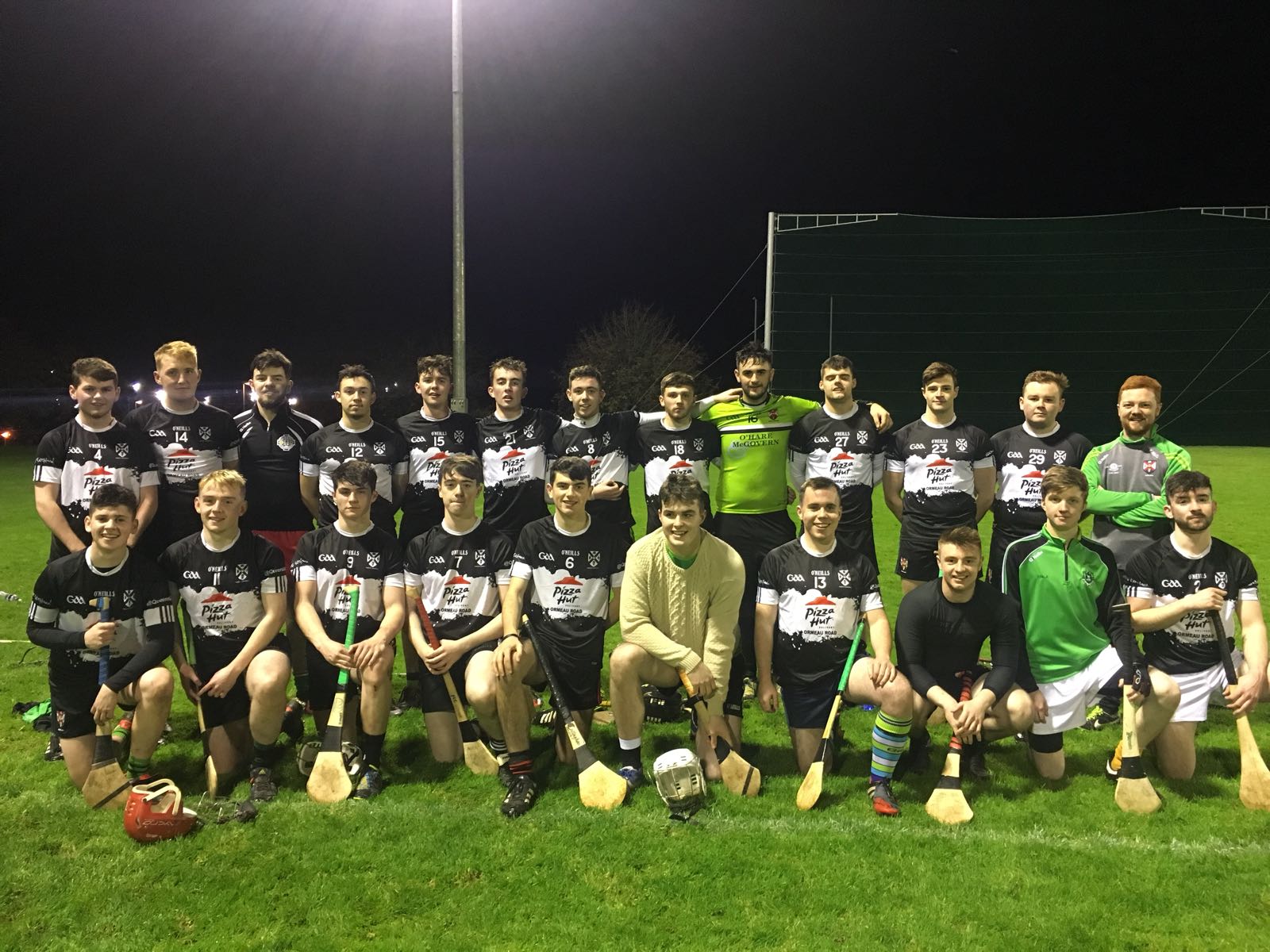 It was a season of positives and negatives for the hurling club as they greatly increased participation and saw some success at junior and intermediate level, but ultimately the Ryan Cup will go down as a missed opportunity and the club will have to rebuild for next year without some key committee members and hurlers.