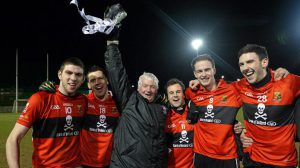 Next week marks the beginning of championship football for the various Queen’s University teams and the first week doesn’t come any bigger than Sigerson and Fresher Championship clashes.

In the first round of the Sigerson Cup, Queen’s will host IT Sligo at the Dub for the right to meet 2014 Champions and 2015 hosts UCC or CIT in the quarter final.

The Fresher championship also springs into life next Thursday with a clash of old rivals. 2012 All Ireland Champions Queen’s will meet UCC in a halfway fixture in what represents the tie of the first round.