Queen’s LGFC went form strength to strength in 2017-18 with both a new management and committee heading up on-field activities and club development. Mark Doran, Benny Marron and Caolan Hendron formed a strong coaching team which created an environment for a significant increase in participation throughout the year. Backboned by county stars from across Ulster, the club participated in both Division 1 and Division 5 of the HEC leagues. 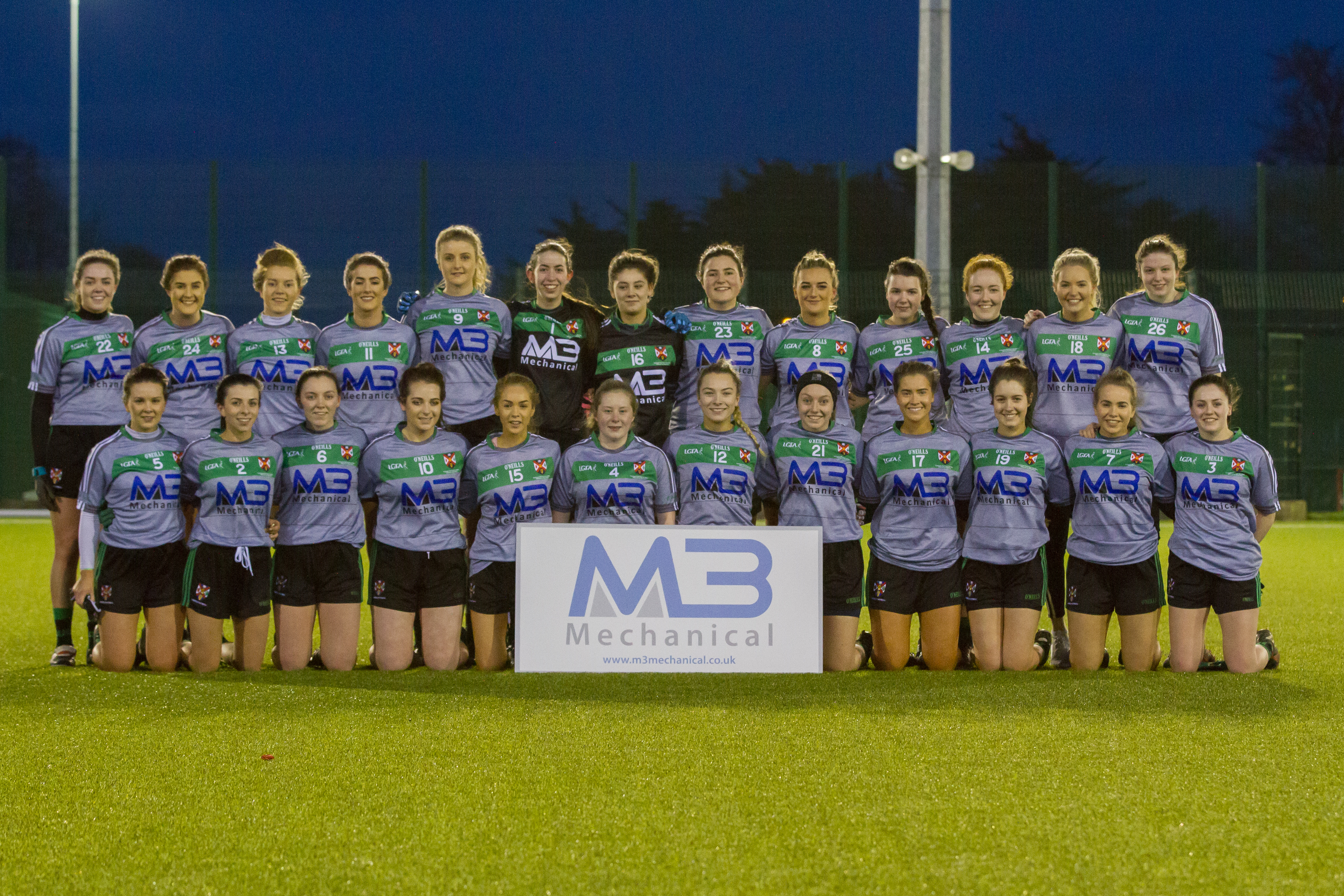 The league season began on October the 18th with a trip to Athlone to face somewhat unknown opposition. An experimental Queen’s side were ambushed for 7 goals and came out on the wrong side of a 7-14 to 3-16 defeat, a result that ultimately cost them a place in the competition’s semi-final. Victories over Maynooth at the Dub and NUIG in Abbotstown in the later rounds meant that Queen’s lost out on a semi-final place on points difference.

It was a different story for the intermediates, whose 30-strong squad barged their way into the league semi-finals with comprehensive victories over Coleraine and Magee. A tense away semi-final to the Royal College of Surgeons at the Clan na Gael club in Ringsend saw the girls come out on top 1-13 to 3-3 on a blustery evening. 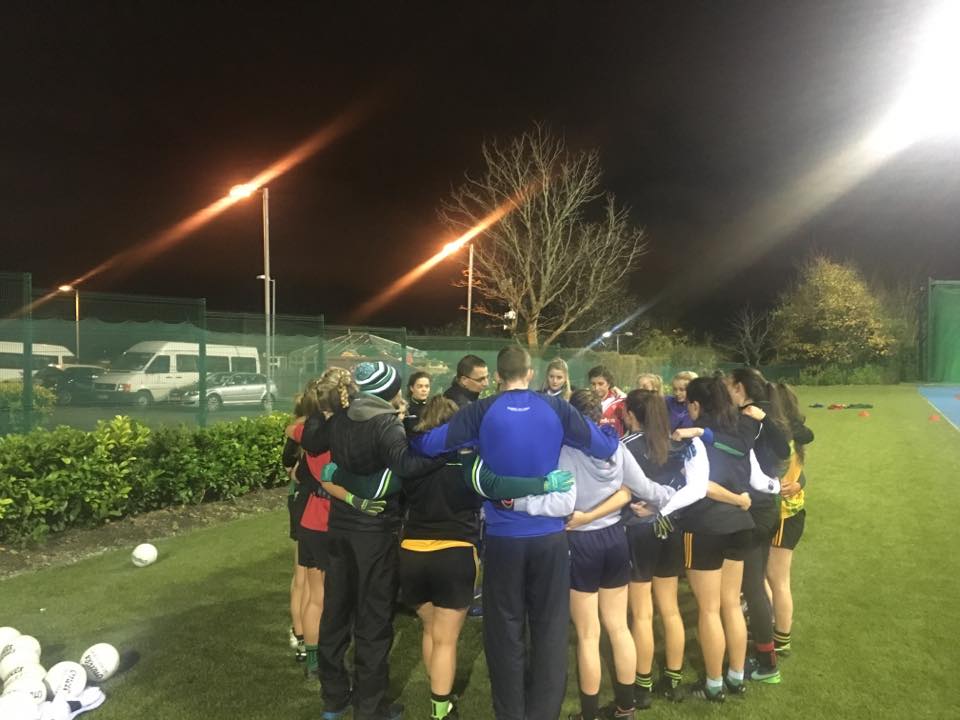 The final took place on Wednesday 6th December at DCU against GMIT. A strong breeze favoured the Connacht side in the first half and they capitalised by winning the majority of the kickouts with Queen’s restricted to the odd foray forward in the opening 20 minutes. Despite dominating for the final ten minutes of the half, Queen’s were unable to make their pressure felt on the scoreboard as some easier chances went a-begging. The strength of the wind meant that GMIT’s lead was not insurmountable but the game hinged on a five minute spell in which Queen’s, in the ascendancy, missed two goal chances, while their opponents had a fortuitous goal o their wn which ultimately killed the tie. Connie Hawkes continued to cause trouble until the end, but GMIT were deserving winners and Division 5 champions for 2017.

Attention quickly switched to the O’Connor Cup as Queen’s were given a very tough draw against perennial contenders away to DCU in the first round. Despite fantastic preparation on the part of the team, the much-fancied Dublin side swept them aside leaving Queen’s facing a run through the back-door to get to the finals’ weekend. A trip to Maynooth on Ash Wednesday was the immediate challenge in the qualifiers, and Queen’s went to Kildare knowing that a close game was in store. So it was to prove in a heavy-weight contest as the sides were neck-and-neck for 60 minutes, with Queen’s ultimately emerging victorious on a scoreline of 3-12 to 2-12. 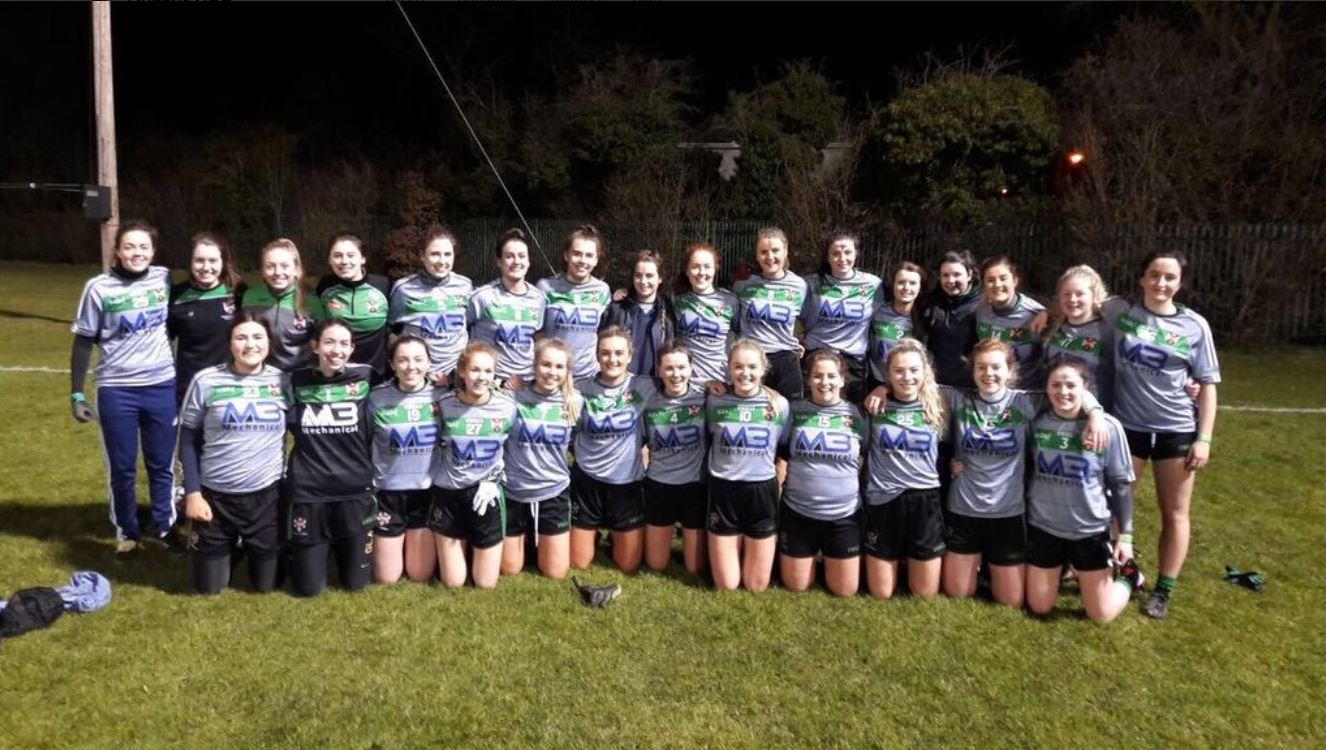 The win against Maynooth set up a quarter final against another tough Dublin side, this time in the form of UCD. Home advantage was with the girls as they sought to advance to the finals weekend for the first time since 2014. A strong UCD team started much the better and an early goal gave them a solid lead approaching half-time. Despite a good start tot he second half, UCD were able to breach the Queen’s defence and found the back of the net a further three times in the second half to win on a scoreline of 4-11 to 0-6.

The consolation of the O’Connor Shield and a game at the finals weekend brought with it renewed motivation for the team. A tough challenge against NUIG was to be the final game of the season, and the last of her Queen’s career for club captain Joanne Doonan. The Fermanagh star duly delivered on the big occasion as she led a tremendous fightback from Queen’s in the second half racking up a personal tally of 1-6 in the process, and earning herself the Player of the Game award. 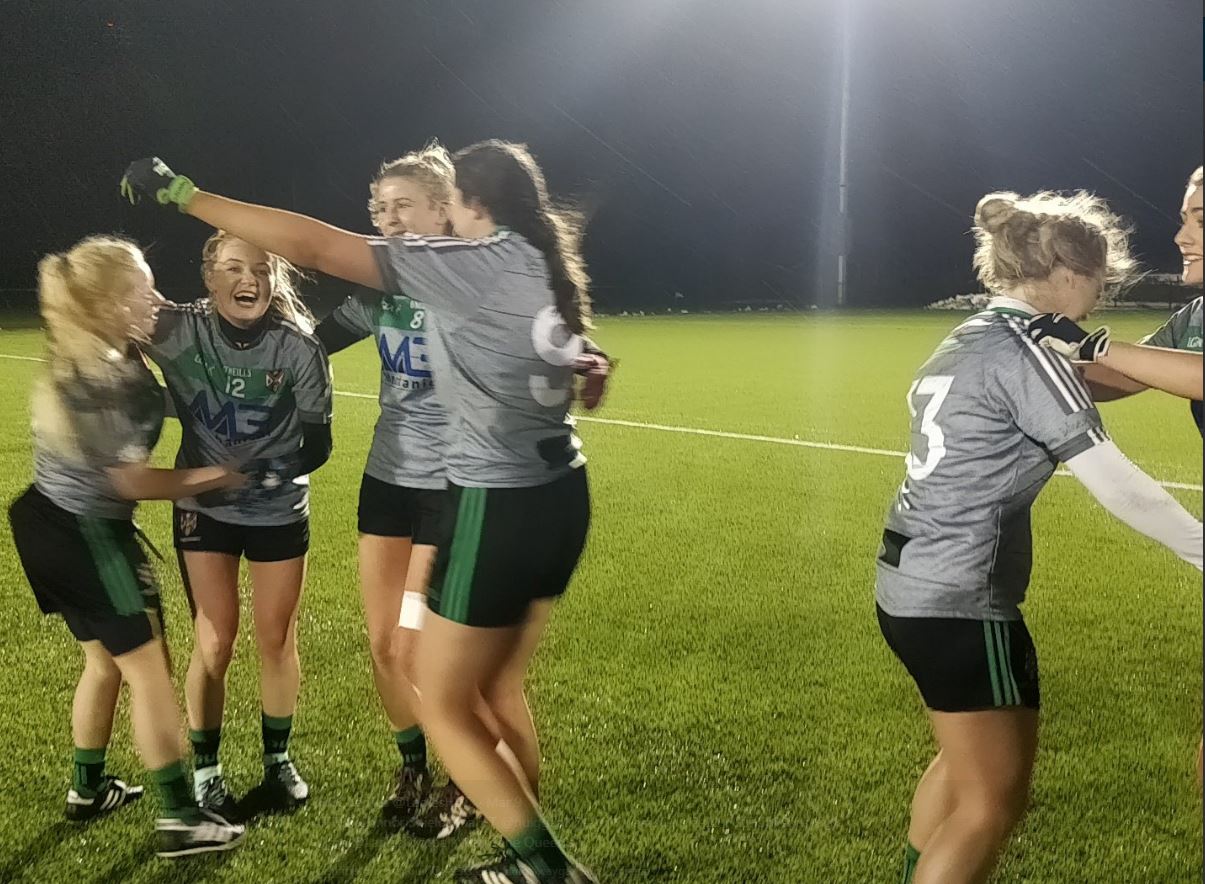 It was a fantastic way to end the season for Queen’s who look to rebuild for next year and will reflect upon a year of progress.