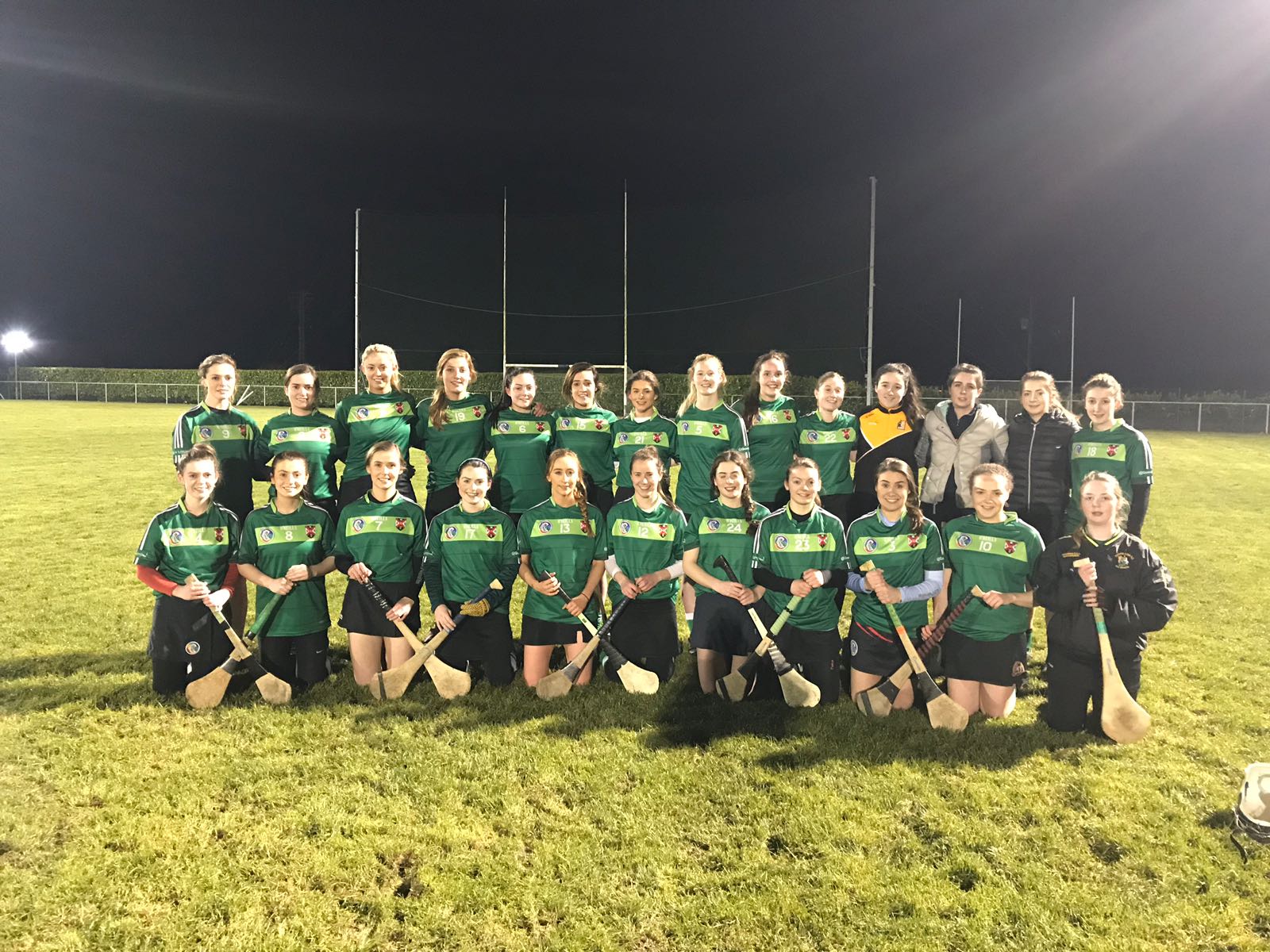 The camogie season was one which began with expectations high of a strong run in the Purcell Cup. Returning coaches Joe Baldwin and Ciara Hayes were joined by new recruits Aidan McGowan and Mark Rafferty to form a strong managerial team which guided the camogs through a solid pre-season. The league was used primarily to trial players and explore different combinations. An experimental side lost out late on to the Poly while a double header away to DCU a week later allowed for further experimentation.

The camogs also participated in the renewal of the now annual hurling/shinty international between Queen’s and the Scottish universities with the visitors coming out on top in a tight affair at the Dub. Tyrone star Emma McErlean performed well for the home side. 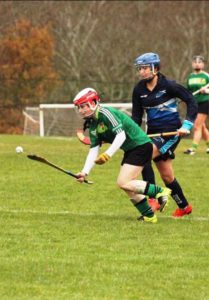 The early start to the Purcell Cup in the second-last week of November saw the girls take on NUIG in a fixture that was not without controversy, as Queen’s were made to travel to Sligo to play a game that was supposed to be at a neutral venue. Little were the squad to know what an impact the seven-hour round-trip and 5 point defeat would have on their season. The decision to play the game was all the more bizarre as no games were scheduled between the last week of November and third week of January.

Nevertheless, Queen’s recovered to comprehensively beat Carlow a week later and entered into the break in good spirits. Wins in challenge games over Middletown, Down, and a high-flying Cross and Passion outfit gave the girls a perfect platform to over-awe Trinity at the Dub on a scoreline of  3-11 to 0-7 and sit joint-top of the table going into a crucial round 4 clash with Limerick IT. This would prove to be the game of the season, taking place at 9pm in the Thomas Davis GAC, Dublin. Rocked by 5 LIT goals, the last of which but the Treaty side into a six point lead, Queen’s fired back and Catherine McGourty landed an outrageous late free as time expired to give Queen’s a 1 point win.

The girls had to suffer the agony of a final week bye, in which LIT travelled to Carlow, the latter being already of the competition. LIT needed to win by 17 points to progress tot he Purcell finals weekend, and duly dispatched the Barrowsiders on a scoreline of 9-15 to 204. It was a cruel blow for a Queen’s team that had worked so hard all year, the trip to Galway ultimately costing them progress tot he semi-finals. The misery was compounded when NUIG emerged victorious form their home competition a fortnight later.

Nevertheless, Queen’s were given the opportunity for redemption through the Purcell Shield, in a game played at Inniskeen against Maynooth. It was a true shoot-out as Queen’s held on in the later stages repelling wave after wave of Maynooth attacks to claim the Shield and bring some silverware back to Belfast for the summer break.