The 2017/18 season is in the books and it’s time for Queen’s GAA to reflect on a season of ups and downs on the field. There was end-of-year success for our ladies’ footballers and camogs, while our men’s sides suffered agonising defeats in their respective competitions. Our teams played over 50 competitive fixtures in all competitions, with over forty challenge games in addition, traveling as far away as Sligo, Galway, and Athlone. 2017-18 will be remember in future years as one of the most weather-impacted Third Level campaigns in living memory, with persistent frost, snow, and ice wreaking havoc with preparations. Even the excellent facilities at Upper Malone were under severe pressure at times, and all of our sides had to adjust their schedules accordingly.

Men’s Football
The year began early for the Senior Squad as a series of challenge matches were undertaken. This was a useful exercise in identifying new players and gave Queen’s a solid platform to build on for the Ryan Cup. Last year’s Freshers Paddy Murdock, Tiarnan Rushe, Eamon Fyfe, and Niall Scullion quickly established themselves as first team players, while incoming EAP scholars Emmett Bradley and Ryan Burns, along with Donegal’s Lorcan Connor, added genuine firepower to the attack. An opening-round Ryan Cup victory over St Mary’s was followed by memorable wins against UUJ at home and away to UCD. The home quarter-final against Maynooth was a dogged and low-scoring affair with Queen’s edging through to the semi-finals on a scoreline of 1-9 to 0-9. A trip back to Belfield, this time to face UL was the reward and in horrendous conditions Queen’s came up just short following a late rally, losing 1-4 to 0-9. 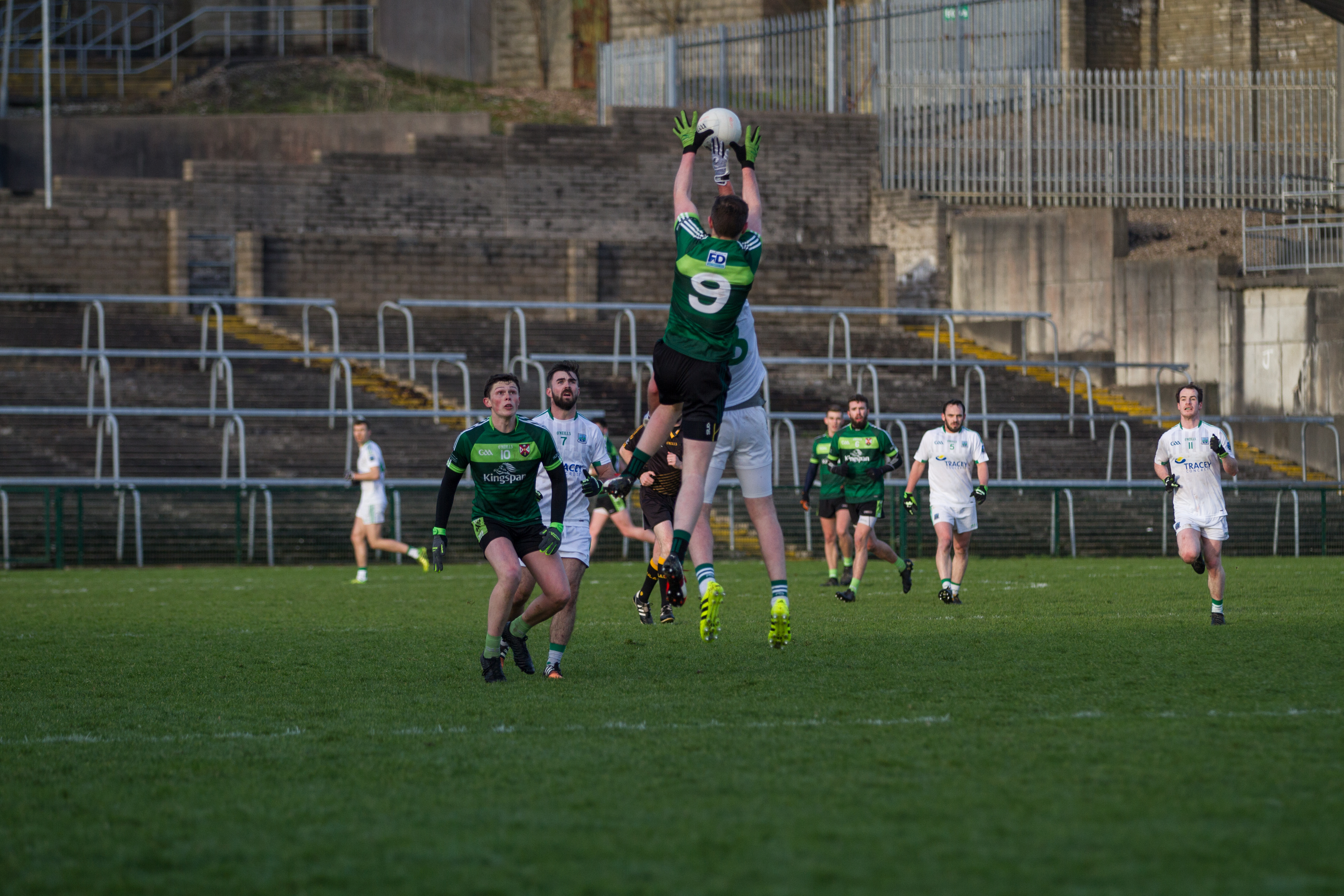 The McKenna Cup campaign saw a tremendous performance against Fermanagh book-ended by drubbings away to Donegal and Monaghan. Only a last-minute penalty awarded to the Erne men saw them steal victory from the jaws of defeat. Emmett Bradley gave a virtuoso exhibition of point-taking, but Queen’s were left without a win in the competition. The Monaghan game was notable for being played out in a blanket of thick fog, to the extent that spectators could not see the action for long spells of the second half. 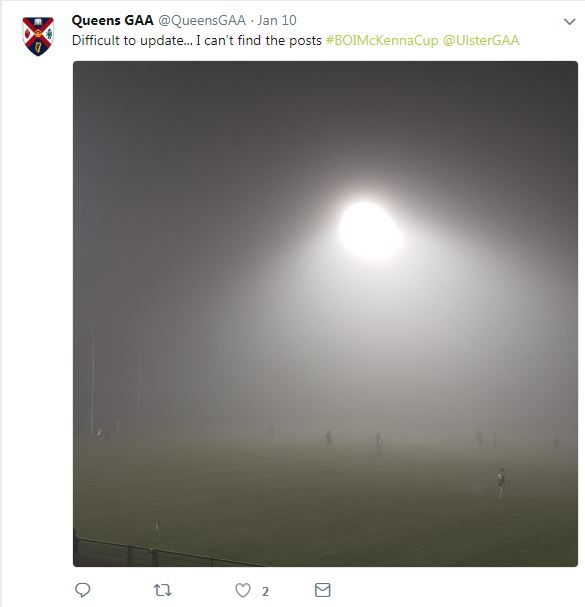 A home draw in the Sigerson Cup against IT Tralee was the main focus throughout January and preparations went very well despite the inclement weather claiming a few sessions along the way. Queen’s welcomed the Kerry side along with second year prodigy David Clifford. It proved to be the young star’s day as he bagged 1-4 and set up a crucial late goal as a valiant Queen’s fightback was snuffed out in cruel circumstances as we went down 0-11 to 2-8.

Our Intermediate and Fresher sides enjoyed longer runs in their respective championships, both having enjoyed solid league campaigns. The Intermediates lost their final group game against UUJ having beaten St Pat’s and St Mary’s, this losing out on a place in the All-Ireland semi-final. HOwever, captained by Tullysaran danger-man Eddie Mallon they were soon up and running in the championship, exacting revenge over the Poly at the Dub in the opening round, before comfortably defeating UCC in Ballykelly to reach the semi-final. A terrific start against a strong DCU side in the semi-final at the Dub should have been a springboard to the final, but it was not to be as the visitors slipped ahead before half-time and maintained their advantage to the final whistle. 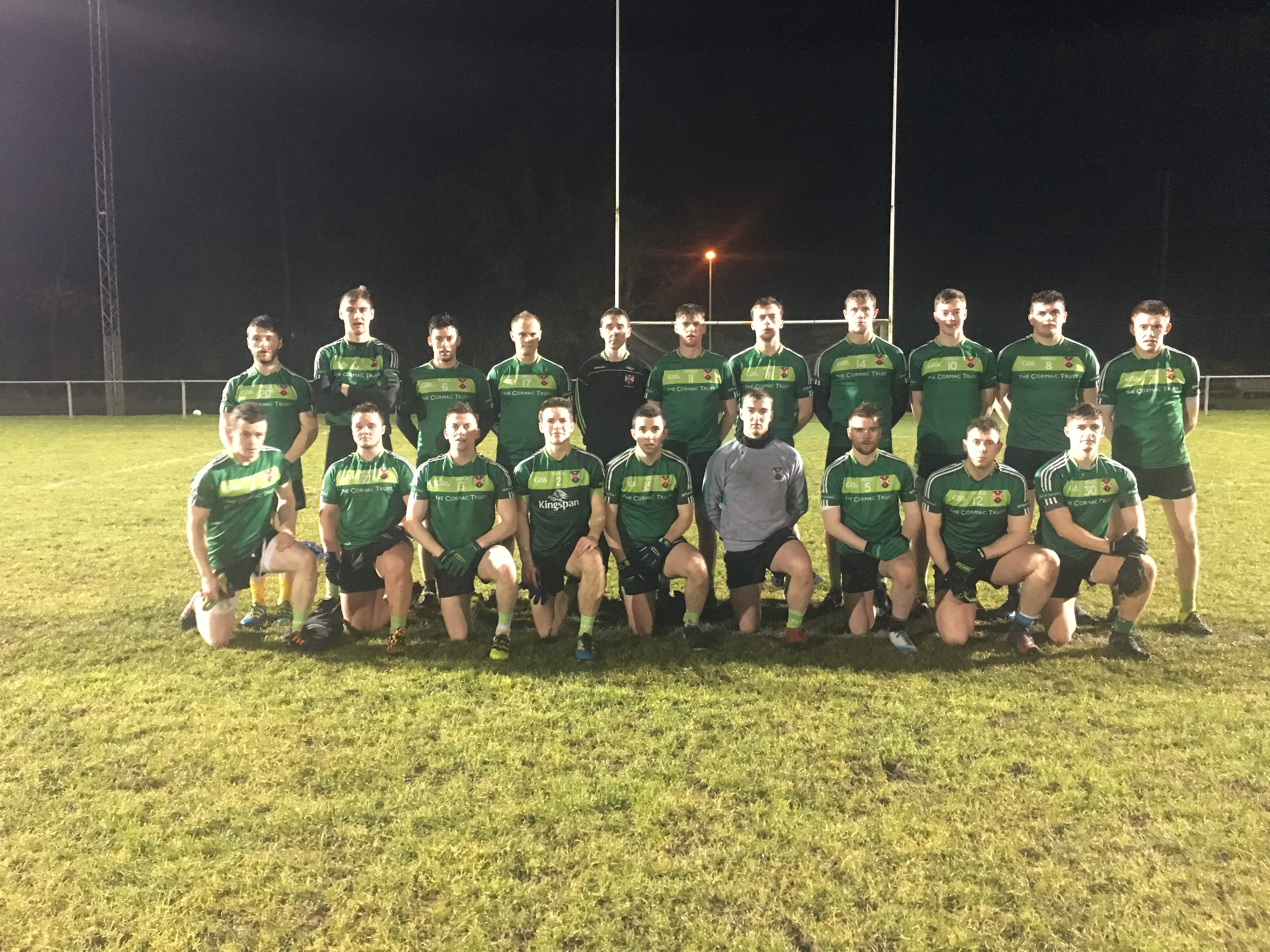 Meanwhile the Freshers enjoyed a strong campaign, but ultimately one without silverware. A narrow league semi-final defeat to UCD was a big disappointment, especially when rivals UUJ -whom Queen’s had beaten in the opening round of games – went go on to claim the cup. An impressive win over St Mary’s in the first round of the championship led to an encounter with UL, which the Limerick side won comfortably en route to the final. Daniel Guinness, Niall Hannigan, Conor O’Neill, and Conor Cox emerged as key players and will look to carry that form into Sigerson football next season.