Queen’s were given a tough series of away game in this 2018 Dr McKenna Cup at the draw in the Balmoral Hotel on Thursday night. Drawn in Section C of the competition, the Malone Road men will face trips to Fermanagh, Donegal, and Monaghan with only the top side in the group guaranteed passage to the semi-finals. Section A will feature St Mary’s, Tyrone, Cavan, and Antrim while UUJ face Derry, Down, and Armagh in Section B. 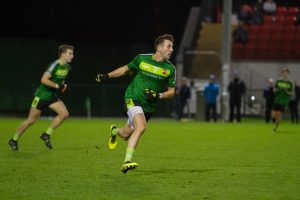 The exercise will prove useful as Queen’s seek to build on their decent showing in the Ryan Cup which ended in a narrow defeat to UL in the semi-final earlier this week. Reacting to the draw Queen’s manager Aidan O’Rourke said “The McKenna Cup promises to be an excellent preparation competition for the main focus of the year which is the Sigerson Cup. The McKenna Cup gives us the opportunity to see our players in competition at the highest level and that experience is invaluable.”

The competition begins on January 3rd with games following on the 7th and 10th.