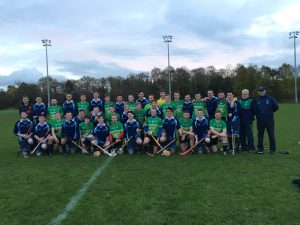 Queen’s University Camogie and Hurling Clubs hosted the Scottish Universities representative Shinty teams in two tests at Upper Malone on Saturday past. Played under merged rules, both games provided a tremendous spectacle and two encounters full of pace, physicality and no small amount of skill.

Shinty and Hurling are the modern version of ancient games originating in Scotland and Ireland and both are regarded as two of the fastest field sports in the world. The Queen’s teams boasted a host of Ulster based inter county players and the games follow quickly on the heels of the International Shinty Tests played in Inverness.

The Ladies teams opened proceedings, with the Queen’s girls weathering a first half Scottish storm to secure victory on a score-line of 4-03 to 2-00. Derry’s Roisin Cassidy (1-00) and Armagh’s Rachael Merry (0-03) registered but Antrim girl Therese McKinley top scored with 3-00.

The following men’s game was a closely fought and bruising encounter with the Scots running out victors on a score-line of 4-08 to 0-11. 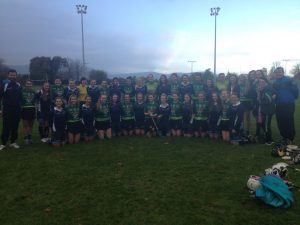