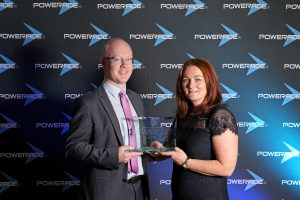 The 2015 Queen’s Sport annual Blues awards were held recently at Queen’s University and current GAA Club Past Members’ Union Chairman John Devaney was recognized for over twenty years of service as the recipient of the 2015 “Special Contribution to Sport”.

At another fantastic year ending event in conjunction with sponsors Powerade the Whitla Hall, the best sporting achievements of the 2014/15 academic year were celebrated before a gathered crowd of over two hundred athletes, coaches, mentors, sponsors and University staff.

Head of Sport Liz McLaughlin opened the event summarizing the fantastic sporting year it has been at Queen’s before President and Vice Chancellor Patrick Johnston outlined the importance of sport and achievement to the University.

Guest speaker for the evening Bernard Jackman gave a motivating overview of his own sporting and academic journey and the difficulty in balancing both. Bernard powerfully conveyed the importance of his own capacity to find that balance while maintaining your personal goals and vision for the future.

In addition to Jack’s special contribution award, Jessica Ross won the individual achievement award for her success on the golf course. The Ulster Bank Sports Bursaries this year were awarded to Gerard McGovern and Aaron McClements for Sigerson and Fresher player of the year respectively. 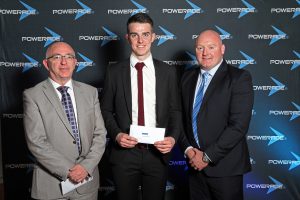 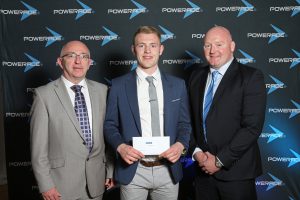